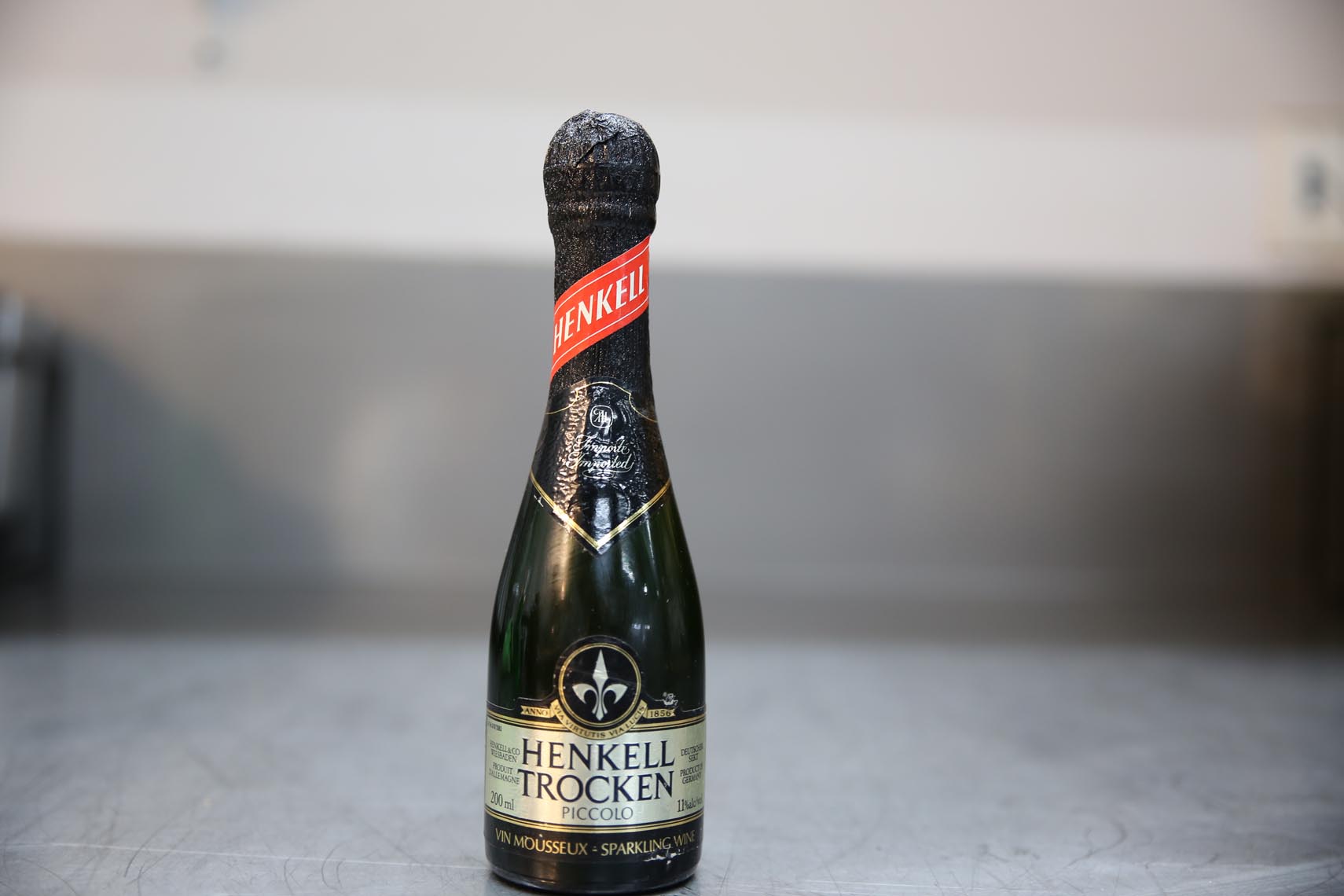 The Piccolo has many names. Other than its commonly used Italian name which refers to its small size, it is also called the Split wine bottle, the quarter bottle, the Pony or the Snipe. As can be understood, it’s a tiny bottle. With its 187ml, it, in fact, represents one-fourth of the standard wine bottle which contains 750ml making it the perfect size for the purpose of single-serves.

As a result, the Piccolo is mostly seen in airports, stadiums, nightclubs and other crowded locations. There, people who desire alcoholic beverages but who intend on staying sober may purchase Piccolo bottles of their favourite wines to savour. Thanks to this conveniently sized bottle which is easily finished, people can enjoy sparkling wines such as Champagne and Prosecco in a variety of spaces without worrying about potentially wasting them.

As it is only as high as 178 mm and as wide as 50 mm, the Piccolo is however quite complex to clean. This might inspire producers to go as far as to completely abandon all attempts of washing it in favour of buying new bottles for every new batch.

Even though this solution is arguably wiser than risking hours of work to squander in bottles that may not have been properly cleaned, it isn’t the most ecologic. While hand-washing is, as well as being ineffective, a waste of water and energy, the constant purchase of new bottles contributes to the carbon emissions of the wine industry. Indeed, 60% of this industry’s carbon emissions are attributed to its bottle production.

With only those two options in sight, it would be understandable to feel helpless.

This is where a third greener, more efficient and time-saving solution presents itself: bottle washers. Aquatech-BM offers energy-efficient technology that utilizes low amounts of water while being a valuable ally to wine producers. Indeed, this company’s bottle washers can wash as much as 12 loads of bottles per hour, allowing your time to be spent on more important tasks. Rest easy; with water temperatures going as high as 88°C (190°F) and more, your bottles are certain to be properly sanitized!