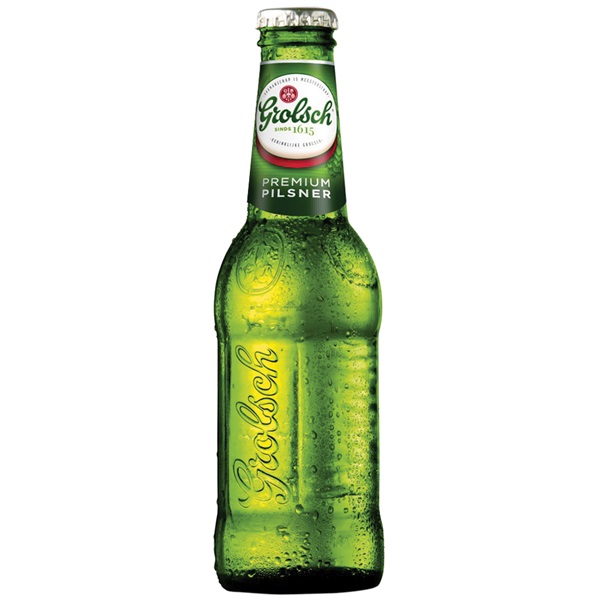 “Pijpje” is Dutch for little pipe and also designs the standard size for beer bottles in the Netherlands. This bottle is meant to contain 300 ml of beer, 50 ml less than the international standard. Officially referred to as the BNR-CBK-fles (an acronym for Bruin Nederlandse Retour CBK-fles which is translated to brown Dutch returnable CBK bottle in English), the pijpje is part of the Dutch Brewers’ bottle pool and carries a 10 euro cent deposit. The CBK acronym in its official name refers to the Dutch Brewers’ former association name the Centraal Browerij Kantoor or, in English, Central Brewery Office. This bottle is the result of a collaboration between Heineken and the Central Brewery Office in 1986 which replaced the Apollinaris, a model of Heineken’s creation from 1948.

Numerous were the breweries that tried to replace the pijpje with bottles of their own. In March 2007, Grolsch was the first to do so. The brewery developed a 330 ml green bottle who would change to be 300 ml again seven years later. In March 2013, Heineken followed suit and released their own green bottle which had a slightly different shape than the pijpje.In 2014, Brand also released its own model of the standard bottle. In 2015, Heineken introduced another green bottle which was, this time, simply a different version of the 500 ml variant of the BNR bottle. Despite all these attempts to abandon the pijpje, this little brown bottle is still in use today.

However, for the Dutch Brewers’ bottle pool which this bottle is part of to continue, breweries need to ensure the optimal cleaning of all their receptacles. Only then may they interchange and reuse their bottles. Yet, the cleaning of this 207 mm long bottle can be quite arduous especially because of its conical neck. For perfect results, it is, therefore, wiser to entrust the cleaning of these receptacles to leading-edge technology.

Aquatech-BM has the machines you need. Equipped with user-friendly control panels, these easy-of-use bottle washers will take care of this boring yet complex task for you. Moreover, with the capacity to wash 450 to 600 bottles per hour, this eco-energetic technology will save you time and money!